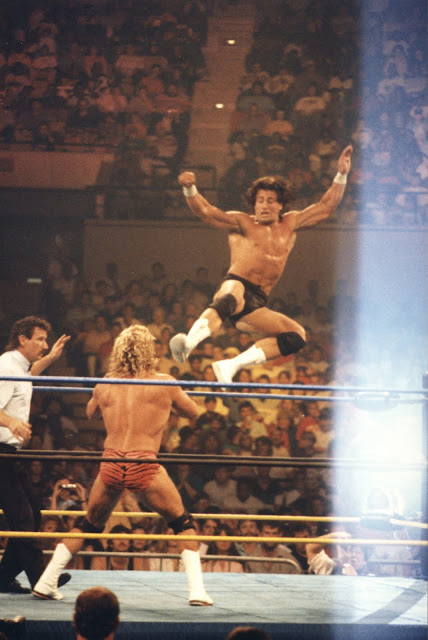 #2 – WCW WrestleWar ‘92
Everything I said about SuperBrawl II in regards to the no nonsense wrestling and great matches completely applies here, which is no coincidence since they followed each other in pay per view chronology.  The top three matches save the show and just blow anything the WWF was putting out at the time away.  Two best friends Flyin’ Brian Pillman and “Z-Man” Tom Zenk battled over Pillman’s Light Heavyweight Championship.  They told a story of two friends putting aside their friendship for the sake of a Championship, money and glory and put together a four star match to boot.
Posted by rasslinfan at 12:23 AM