Posted by rasslinfan at 9:40 AM No comments: 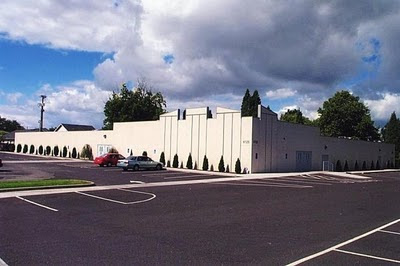 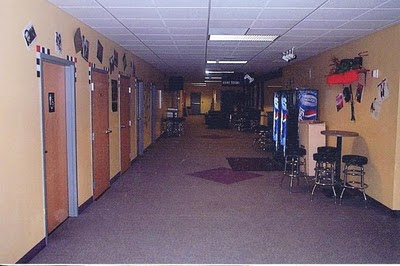 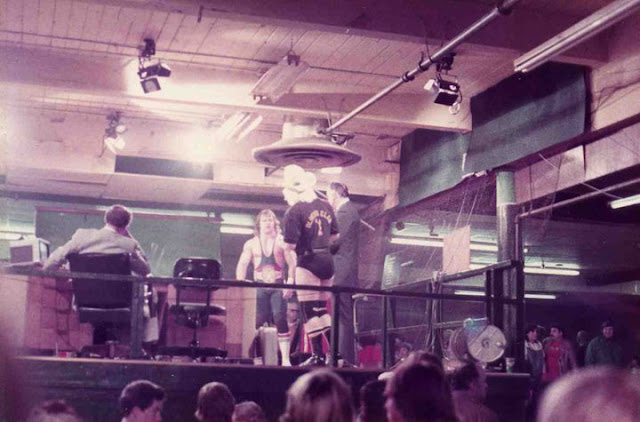 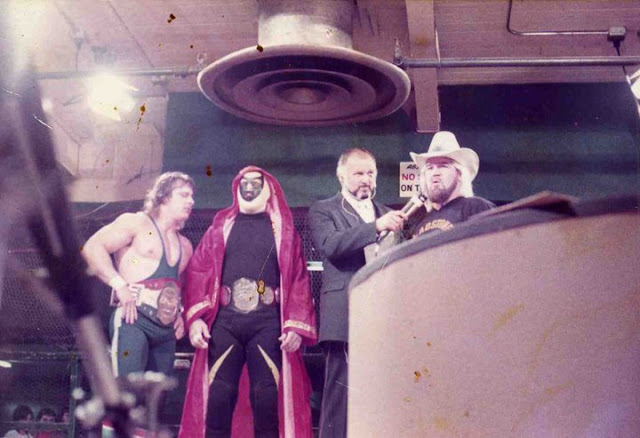 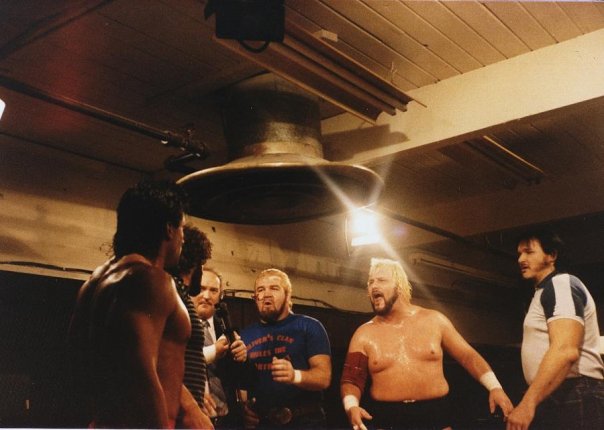 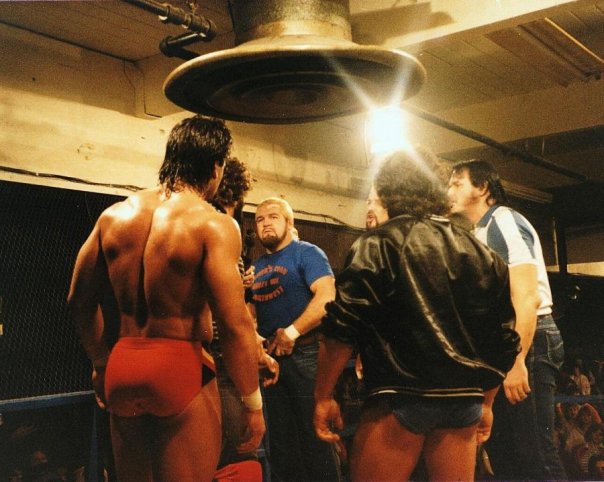 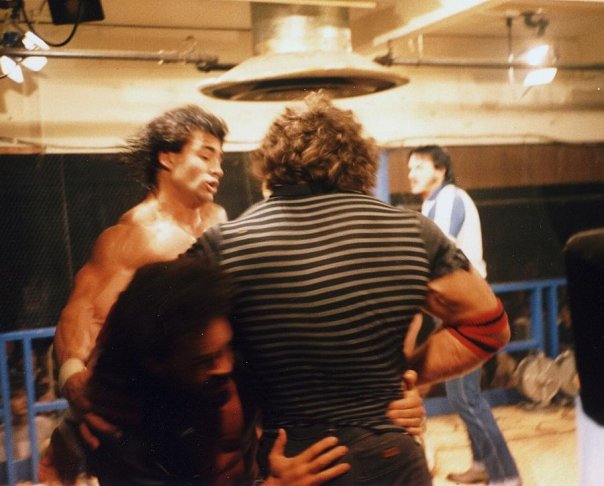 Not Jay Tabb is a blog named after the 2007/08 Coventry City player of the year. It is also my attempt to rediscover what I love about pro-wrestling. For while I still watch the WWE and TNA regularly, I don't invest in tapes or seeking out new wrestling anywhere near as much as I used to. Using the collection of tapes I've amassed over the years, Youtube and new purchases, I aim to give an opinion on, and enjoy, as much pro-wrestling as possible. Wish me luck

One of the things I want to do with this blog is to find out if my taste in wrestling as a kid was worthless or not. There are a selection of wrestlers who I was a big fan of between the ages of 10-18, and I want to see if I still like them now. One of these wrestlers is Tom Zenk, and Youtube threw up this interesting curio, where the Z-Man is fighting a pre-fame Rick Steiner, going under his birth name, in the AWA. Zenk is the veteran here, with Steiner looking a little green in the early stages of the match. There is a nice spot early in the match where Steiner powers Zenk onto the top rope, then foolishly jawing with the crowd, allowing Zenk to hit a crossbody for two. Zenk has some fine fiery babyface offence and Steiner makes a decent attempt at covering for over-early sell of a dropkick by rolling to the outside as if he'd deliberately avoided contact. There is a botched attempt at an airplane spin, seemingly from Steiner leaping too early, but a second attempt sees Zenk pick up the three. Hard to really make a judgement on Zenk from this match, which was essentially a squash and saw Zenk lumbered with a very green Steiner, but there were positive signs in his offence.
Everyday Is Like Tom Zenk: Can-Am Connection vs Sika & Kamala
Yes! This is exactly the kind of glorious wrestling madness I wanted to rediscover when I undertook this opus. The Can-Am's of Tom Zenk and Rick Martel are a team I've always wanted to see more of, and check out that opposition. In kayfabe terms, that's a sensational mix of monsters. Adding to the lunacy is George Steele on commentary, contributing nothing more than grunts. The big fellas dominate the early stages, but Zenk wriggles free when Kamala tries to splash him against Sika. Martel tags in and Kamala bumps huge over the top rope for a Martel dropkick. With Sika left alone in the ring, Martel uses his quickness to elude the wild Samoan's attacks and ground him with an armdrag. Zenk comes in and continues the assault on Sika's left arm. Sika's strength allows him to take control again, allowing him and Kamala to work over Zenk. The savages work over Zenk with some basic, if fun offence, including a spot where Kamala rams Zenk headfirst into the thick Samoan skull of Sika. The hot tag comes out of nowhere and leads to all four men in the ring. Martel stops Kamala hitting Air Africa on Zenk and then hits a sloppy crossbody on Sika to win. Despite the hot tag literally coming from nowhere, this was good fun, especially with the heels being the kind of larger-than-life monsters that make for enjoyable tag encounters. Zenk kind of got shafted though, barely getting in any offence with Martel clearly positioned as the dominant Can-Am.

Everyday Is Like Tom Zenk: Z-Man vs Cuban Assassin

Gary Michael Capetta announces this is Zenk's NWA debut, so this can't be long after his leaving the WWF due to an alleged pay dispute. Zenk takes an early advantage over the Assassin with some typical fiery babyface offence. Messers Ross and Cornette on commentary give the Z-Man some verbal fellatio, as Zenk keeps the advantage with several armdrags. Assassin gets in a small modicum of offence, but misses a diving headbutt from the second rope. The match is pretty much a showcase squash for Zenk, who looks good throughout- he's got superb dropkicks and he works the end sequence well, reversing Assassin holds and niftily putting on a sleeper for the win. This is the best Zenk has looked in EDILTZ so far, because he was given a role in the match that let him showcase his abilities. A good sign.

Everyday Is Like Tom Zenk: Zenk & Bagwell vs Taylor & Flamingo

Z Man & Marcus Bagwell vs Terry Taylor & Scotty Flamingo
This comes in the middle of a fued between Bagwell and the Taylor Made Man. Bagwell starts with Flamingo and looks pretty darn good, showing a fiery athleticism that was missing from the Buff Bagwell days. Taylor comes in as the veteran of the match as pointed out by JR, and plays the role of the cocky vet very well, whilst also letting Bagwell look good against him. Zenk also displays some good babyface fire when he comes in, hittng flying headscissors on both heels and busting out a springboard crossbody on Taylor which pops the crowd. Flamingo manages to make a blind tag to Taylor, who gets the advantage on Zenk from behind and starts pumping out some heeling tactics, starting by choking Zenk behind the referee's back. The heels continue to work Zenk over, cutting off the ring and drawing Bagwell in to distract the ref whilst they choke Zenk out. Zenk fires back with a neckbreaker, and makes a pretty abrupt hot tag to Bagwell. All four guys end up in the ring, allowing Zenk to hit a superkick on Taylor for the win. The match could have used another 5 minutes or so to stretch out the heat sequence on Zenk, but it was a perfectly decent wrestling match, with all four bringing a fact tempo to the match.

Zenk & Bagwell vs Taylor & Flamingo
Posted by rasslinfan at 10:49 AM No comments: