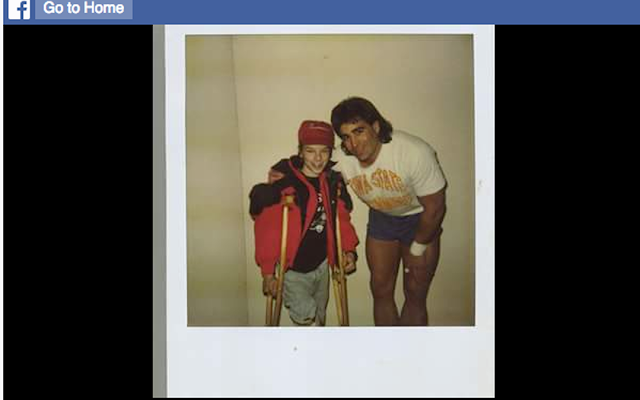 Posted by rasslinfan at 3:07 AM No comments:

Posted by rasslinfan at 2:46 AM No comments:

According to Wrestling Observer -

"The funeral for Tom Zenk took place on 1/13 at St. Olaf’s Catholic
Church in Minneapolis. His father is dying and couldn’t attend the
funeral and Zenk had been caring for his father the past few years. He
had worked at various jobs including investigations in a law office,
bodyguard work and personal training since disappearing from pro
wrestling. At the funeral, while there was no talk about the cause of
death, which is still pending due to awaiting results of tests (based
on my latest conversation with the Medical Examiner’s Office, while no
info was released, the latest tests they are waiting for are no longer
toxicology tests). There was mention at the funeral of him battling
addictions. It was a nice funeral. One of his brothers wore a Z-Man
WCW T-shirt so it was not like they didn’t recognize his wrestling
career, and told some stories of practical jokes that they thought he
came up with which actually sounded more like things Curt Hennig
either did or taught him to do. Almost nobody from wrestling was there
and it was mainly older friends of his parents. There were a few
people who worked for the local PWA promotion, a few from the AWA
office, a local wrestler The Hater, Wayne Bloom, Ben Ryan (a local
product who worked as Hugh Hart, the illegitimate son of Stu, as a
heel manager in Stampede Wrestling in one of those angles that Ed
Whalen didn’t like so he wouldn’t put over). There were reports Jim
Brunzell attended but that wasn’t confirmed to me and according to
someone who talked to his mother, Brunzell did call her and was one of
the only people in wrestling to do so. He had started back at the gym
a year ago after being away for a long time and I was told that if you
were friends with him, because of how much he changed and his weight
loss, that you could have walked past him and not recognized him. But
the family talked about how much time he had spent caring for his
father and how generous he was to him, and would take him out golfing
a lot."
Posted by rasslinfan at 2:05 AM 2 comments: 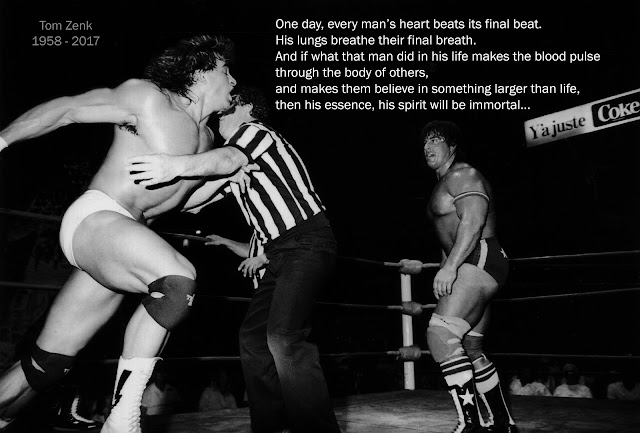 Posted by rasslinfan at 1:33 AM No comments:


Posted by rasslinfan at 1:44 AM No comments:

Posted by rasslinfan at 1:39 AM No comments: