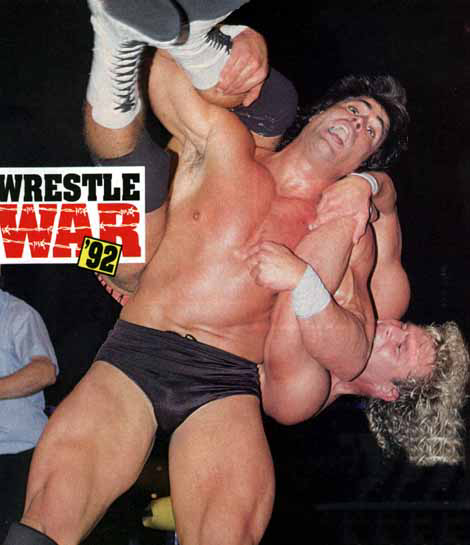 – We get a short clip of an interview with Tom Zenk conducted by Jim Ross on the “WCW” Saturday night program. The Z-Man had recently been turning his luck around, building up a winning streak and looking for title shots. This brings out Brian Pillman, who was the Z-Man’s old partner. They were former U.S. Tag Champions together, but now Pillman is the Light Heavyweight Champion. They bicker like two high school girls about time gone by. They both come off kind of cocky and heelish in the interview, even though they’re both supposed to be baby faces. I guess in both instances it’s their real personality shining through. Pillman jumps in the ring and calls Zenk to come in and challenge him. This has set up a Light Heavyweight Title match between the two (former?) friends.


(Pillman vs. Zenk Notes going in: For the second time tonight, WCW used a highlight or clip from a previous broadcast to explain the reasoning behind the match. That’s something new that WCW really hadn’t used in the past, but it always worked wonders in the WWF. I’m glad WCW went this route as it really adds a little fire behind the meaning of some of the matches for people who may not have been watching in this period. As explained above, these two were once the best of friends. Perhaps they still are? But the title means more than friendship, and that’s what this match is all about! As for the match? Pillman was tremendous, Zenk was very capable and could have good matches with pretty much anyone that could keep him going. I suspect this will be a really good match between two guys who were fairly good friends outside the ring at one point.)

Right out of the gate, Jesse does his usual “who do you think is going to cheat first?” gimmick. As we get started, some quick reversals leads to both guys throwing a dropkick at the same time. Stalemate. Another round of reversals and they hooks arms and spin each other in mid-air. Stalemate. We have more counters, and counters for those counters. Jesse sounds appalled that someone the size of Pillman was once a nose tackle in college football. Zenk with a series of near falls on the champ and Pillman responds with some wicked ass chops. Brian works the leg of Zenk and talks trash in the process. Pillman misses a somersault senton onto the leg of Zenk and the Z-Man takes over. Zenk with a suplex, and backbreaker, and the Z-Man works the back of Flyin’ Brian. Zenk tries for a springboard splash in the corner but lands on the knees of Pillman. Brian goes back to working the leg of Zenk. Pillam works a Half Crab, but Zenk gets free and nails an Enzuigiri kick for a 2 count! Zenk goes for a high knee in the corner and misses! Zenk goes down and Pillman locks on the Figure Four! The two men start SLAPPING each other while the Figure Four is applied! Zenk reverses the Figure Four! Pillman rolls the hold back to his advantage, but both men are in the ropes and the hold is broke. Pillman with some nasty chops, but Zenk backdrops him to the apron. Pillman slingshots back into the ring with a body block but Zenk turns it into a POWERSLAM that gets 2! Chop fight ensues, Pillman with a Crucifix for 2! Pillman tries a superplex but Zenk shoves him off the ropes and Brian takes a nasty bump. Zenk goes to the top for a high cross body, but he goes high and ends up falling off of Pillman before he can cover. It seemed as if Brian was supposed to roll on top in the cross body spot. Both men try a leapfrog and crack heads. Zenk tosses Pillman up into the lights and Brian comes down on his stomach, damn near on his head. Wow. Z-Man gets 2. Pillman takes over, tries to whip the Z-Man off the ropes but Zenk collapses from the leg injury. Pillman decides to take to the air. As Brian goes to the top rope, Zenk gets up, he was PLAYING POSSUM! Pillman comes flying off the top rope and face first right into a SUPERKICK from the Z-Man! 1, 2, Pillman’s in the ropes! Zenk starts punting the spine of Pillman, really heelish stuff. Both guys have really played up the heel mannerisms in this match. The Z-Man goes to the top rope for a flying dropkick, but Pillman steps aside and Zenk misses! Pillman capitalizes immnediately with a deep jackknife pin, and 1, 2, 3, and that’s all she wrote. Pillman gets the win and retains at 15:29.

After the match, Pillman takes the title, gives a dirty stare to Zenk and just walks out of the ring. No reconciliation, not mutual respect, no handshake, these two guys have severed a friendship!
(Post Match Thoughts: This was a good match, and when it picked up it got REALLY GOOD. They started things off with the old “these two guys were a team and know each other so well” spots, and then it broke down into slaps, chops, and a variety of aggressive action. Some nice spots by both and great bumps by Pillman. One thing that was good about both guys playing the aggressor was that it felt like a true title fight. You knew that something was on the line and this wasn’t just another match, like most of the card up until now. They pulled out all the stops, and we wind up with a good solid match. I think my expectations were set a little higher, my memories had this thing built up as being better than what it was. But you have to remember in 1992 my standards weren’t as high as they are now. After 2 decades of Lucha Libre, Puroresu, Cruiserweight Divisions, ECW technical clinics, etc., it’s hard to compare this match to all of that. For 1992 standards in the U.S., these guys tore the house down in a juniors style match. It wasn’t Pillman vs. Liger good, but it was still good. ***1/2)
Posted by rasslinfan at 10:26 AM No comments: 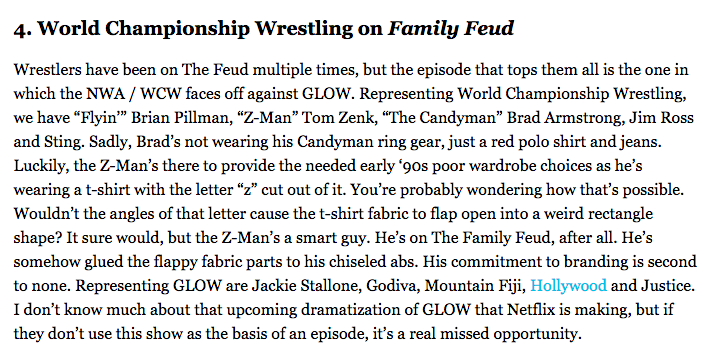 Posted by rasslinfan at 9:39 AM No comments: 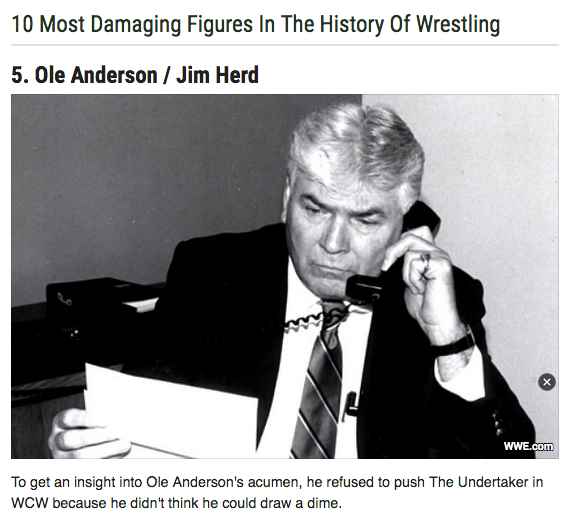 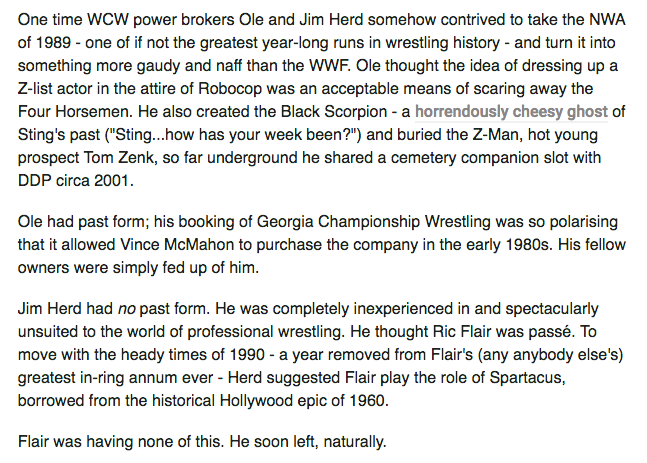 Posted by rasslinfan at 1:38 AM No comments: