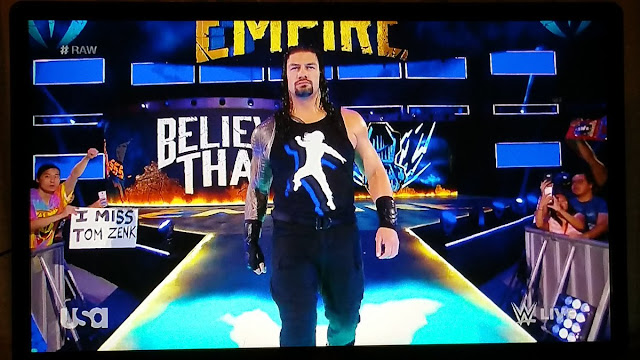 Reigns walked down to loud boos past a sign that said "I miss Tom Zenk." Reigns said neither Joe or Strowman have done anything, while in five years he had been a tag team champion, a 3-time world champion, a U.S. champion, had headlined three WrestleManias and retired the Undertaker. He asked Joe and Strowman what they have done. They remained silent. Reigns said he'll show them what he's about to do. Reigns started to go after Joe when Angle stepped between them. Angle said Lesnar would face Joe, Reigns and Strowman in a Fatal Four-Way match at SummerSlam for the Universal Championship. http://www.f4wonline.com/wwe-results/wwe-raw-live-results-sasha-banks-vs-bayley-239811 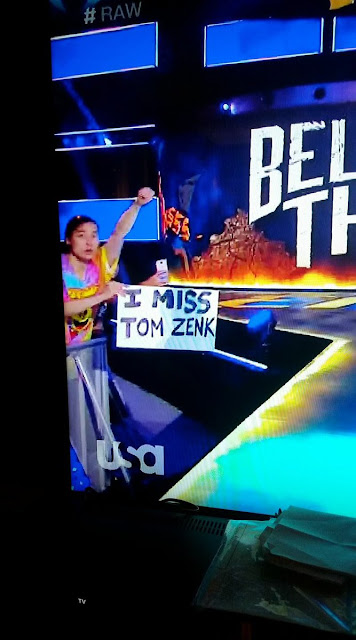 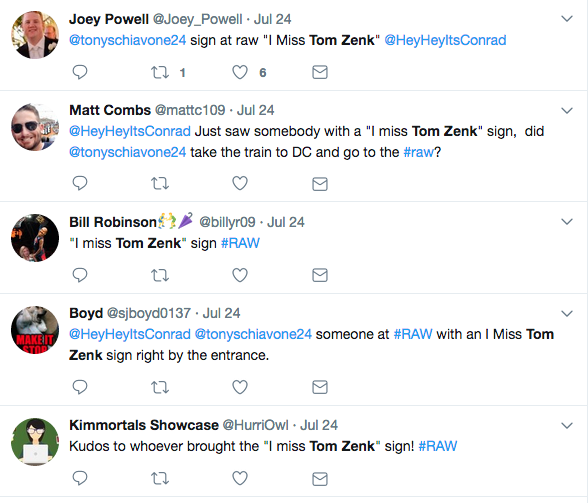 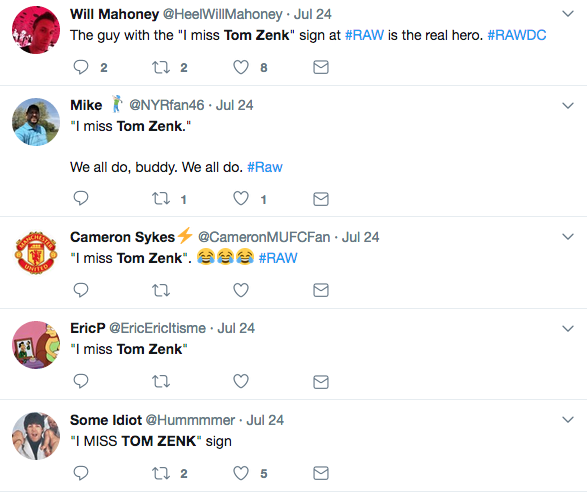 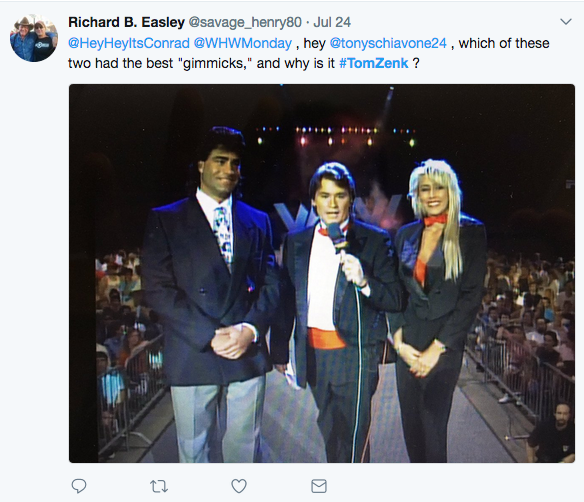 Posted by rasslinfan at 1:30 AM No comments: 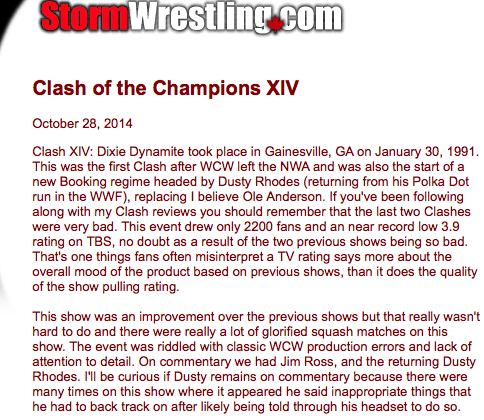 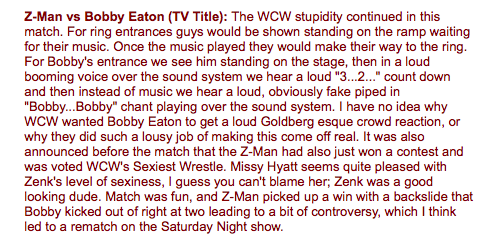 Posted by rasslinfan at 4:21 AM No comments: